How to write an introduction for a research paper WITH EXAMPLES 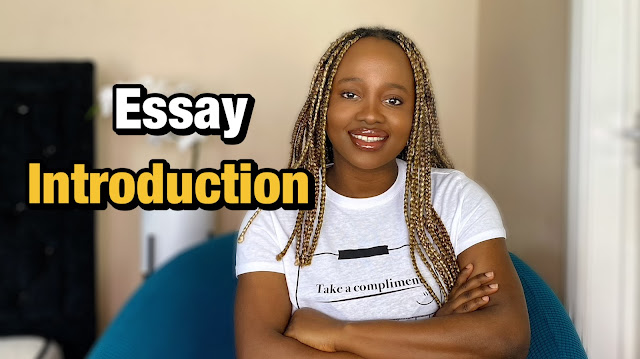 Introduction, like any other section of an academic paper, is important and needs to be written appropriately. It is possible for it to lack vital information or be devoid of important ones.

Attached to this post is a video explaining in detail, all that is required to write a detailed and excellent introduction. Make sure to watch to the end.

Interestingly, I've copied the introduction of one of my papers as an example below. Make sure to read and note the details explained in the video.

WATER FLUORIDATION VERSUS FLUORIDE TOOTHPASTE FOR THE PREVENTION OF DENTAL CARIES IN CHILDREN: A SYSTEMATIC REVIEW.

World Health Organisation (1962) has defined dental caries as 'a localised, post-eruptive, pathological process of external origin involving softening of the hard tooth tissue and proceed to the formation of a cavity'. Caries leads to an imbalance in the de-mineralization and re-mineralization of dental hard tissue. The aetiology of dental caries results from a complex interplay of several factors which include: cariogenic bacteria, saliva, sugar and time (Alayyan, 2017; Fisher-owens, 2007). The involvement of these factors makes it a multi-factorial disease.As a public health issue, several people in the world from high, middle and low-income countries are affected by dental caries with a prevalence rate of approximately 30% - 50% in children from  high-income countries (Vernazza, 2016; Dye, 2015) and 90% in low-income countries (Ayele, 2013; Peltzer, 2015). It is ranked as one of the most common 'preventable chronic disease in children' being seven times commoner than hay fever and five times commoner than asthma (Alazmah,2017).

Currently, the persistence of social inequality in dental health has been associated with the variation in the prevalence of the disease around the world (Walsh, 2010; Vernazza, 2016). While some countries have experienced a reduction in the burden of the disease, many countries and communities are still significantly burdened by the disease. The United Kingdom has experienced a significant reduction in the prevalence and severity of dental caries. According to a national survey in England, 27.3% decrease in dental caries was recorded among five year olds between 2008 and 2015 (Public Health England (2016). Wales and Scotland also recorded a similar trend of decrease prevalence which was attributed to increase fluoride prescription and use (Jones, 2017     ). The situation in America and several Asian countries is quite the opposite. From 1988 till 2004, America recorded an increase in prevalence among children from 24% to 28%. However, this prevalence has further increased to 36.7% as reported by the National Centre for Health Statistics (Dye, 2015      ). In the low-income countries in Africa, there is a rapid surge in caries burden because of the increased rate of sugar consumption and minimal exposure to fluoride use ., according to the World Health Organization (WHO, 2016).                                   .Although caries reduction among adults has been quite successful, the challenge remains in prevention among children.

At population level, untreated caries in children leads to severe pain, growth distortion, tooth loss, behavioural changes, dysfunction as regards speech, sleep and feeding  (Schroth, 2014   ). Furthermore, the disease also has both emotional and social impact on the children in terms of linkage between low self-esteem and tooth loss with an overall decrease in quality of life (Shah, 2015; Moure-Leite, 2011; Blumenshine, 2008). Untreated dental caries in permanent teeth was the most prevalent chronic condition reviewed in the Global Burden of Diseases in 2010 affecting 35% of the global population. The prevalence in primary teeth is affecting an approximate of 621 million children globally (Kassebaum, 2015). The existence of caries in primary teeth is a major predisposing factor to having cares involving the permanent teeth. Children with primary teeth caries have a three times likelihood of developing caries involving their permanent teeth particularly if all causative factors remains thesame (Peretz, 2003). There are also financial implications of dental caries with a large percentage of healthcare budget allocated to treating it. A focus on prevention of the disease is considered more cost-effective than treatment and l will improve oral health alongside the overall wellbeing of the children (Alazmah, 2017).

Fluoridation is a caries preventive and treatment strategy that has been in existence for over eighty years and still remains the cornerstone of caries intervention till date (Ferjerskov, 2008; Marinho, 2003a). Fluoridation can be done via the topical or systemic route.Topically, the fluoride (in high concentration) is applied directly to the tooth surface without ingesting it while on the contrast, the systemic route involves the ingestion of fluoride.

Toothpastes are either fluoridated or non-fluoridated. Fluoride toothpaste (also known as dental dentifrice) is the most used and readily available form of topical fluoridation in the prevention of dental caries (Marinho, 2003b). Available in various concentration and composition, several dental bodies have contributed to increase usage of toothpaste. The various fluoride compound include sodium fluoride, sodium monofluorophosphate, amine fluoride and stannous fluoride (Walsh, 2010; Marinho, 2003b). Fluoride is not the only constituent of fluoridated toothpaste, it also contains abrasives, surfactant, pigments and flavours.

Public health professionals and researchers have made an evidence-based conclusion that fluoridated toothpaste is the ‘method of choice’ in the prevention of childhood caries. This conclusion was based on its convenience , availability, effectiveness and cultural approval (Messina, 2016; WHO, 2016; Marinho, 2004).However, the usage of fluoridated toothpaste in middle and low-income countries is limited because of its cost.

Community water fluoridation began in USA in1945 and still practised in approximately 25 countries in the world. It is believed to play a massive role of about 40% - 70% in the prevention of dental caries among children ( check ppt presentation. ). This form of intervention impacts the population and requires no individual approval or consent. However, it is not without criticism concerning the ethics of ‘mass intervention’ (Nuffield, 2007).

Arguably, the local effect fluoride has on tooth surface has been considered the most important effect against caries. The regular usage of fluoridated toothpaste causes an elevated amount of fluoride in the saliva which in turn results in the deposition of calcium fluoride on the tooth surface. Calcium fluoride functions acts by resisting the acid attack by cariogenic bacteria (Messina, 2016; Staun-Larsen, 2017). The effectiveness of fluoride action on tooth surface is measured using the standardized World Health Organisation index called the ‘decayed, missing, filled teeth index’ (DMFT or dmft in permanent and primary teeth respectively). The index measures the change in caries activity (Khamis, 2016).

Fluoride provides a balance between demineralisation and remineralisation process, this is essential in caries prevention. Ingestion of fluoride in water fluoridation exposes the oral cavity to fluoride ions and its protective effects (Cheng,2007).

Cummins, D.(2013) The development and validation of a new technology, based upon 1.5% arginine, an insoluble calcium compound and fluoride, for everyday use in the prevention and treatment of dental caries. Journal of dentistry, 41(2), pp. 1-11.

Prabhu, A., Prasanna, B., Sakeenabhi, B., Prashanth, G., Subramaniam, R. and Ragher, M. (2017) Effect of fluoride varnish and dentifrices and its combination on deciduous enamel demineralization: An In vitro study. Journal of Pharmacy and Bioallied Sciences, 9(5), pp. 112-116. 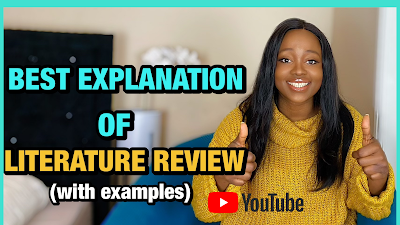 Literature Review Writing 2021: How to write a review of Literature fast WITH example in 30 minutes. (Ways to find literature to review)