US police warns against "gray death"; a lethal fetanyl and heroine drug 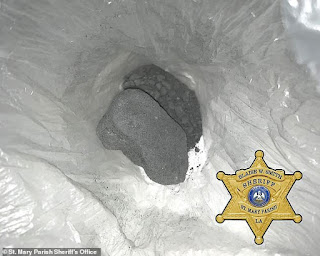 Officials in Louisiana are warning people to stay away from 'gray death', a lethal drug that is 10,000 times more potent than morphine.

The drug, which first surfaced in the United States in 2017, is a dangerous combination of some of the most deadly opioids, including heroin, fentanyl, and various fentanyl analogues, according to Investigators.

Police say it looks like concrete and varies in consistency from a hard, chunky material to a fine powder.They also blamed deadly drug for thousands of fatal overdoses nationally, including heroin, fentanyl, carfentanil sometimes used to tranquilize large animals like elephants and a synthetic opioid called U-47700 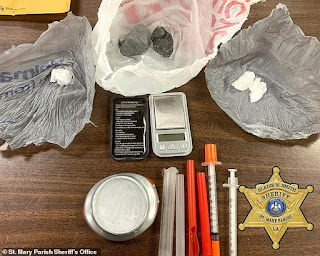 The public is advised to never pick up or touch this drug if you ever encounter it and to call and report it to law enforcement,' police said.

'Gray death is one of the scariest combinations that I have ever seen in nearly 20 years of forensic chemistry drug analysis,' Deneen Kilcrease, manager of the chemistry section at the Georgia Bureau of Investigation, said.

'The drug's ingredients and their concentrations are unknown to users, making it particularly lethal, Kilcrease said.  'And because these strong drugs can be absorbed through the skin, simply touching the powder puts users at risk', she emphasised.

Popular posts from this blog 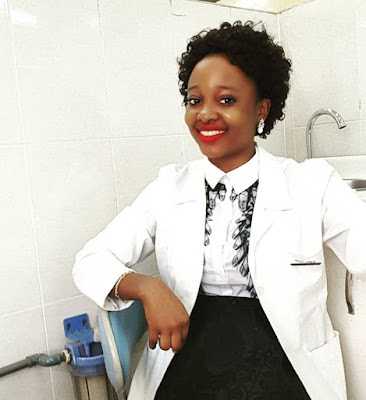 I know that people hate visiting the dentist. I apologise on behalf of every dentist.  Majority have anxiety and avoid such visits at all cost even routine check ups.
Reasons why you should visit the Dentist regularly? Prevent Tooth loss Prevention is still better than cure. Visiting your dentist regularly will enable early detection of any dental issue. This  makes it possible for the issue to be treated before it progresses. This will help you avoid the "horrible" dental pain.

Overall Maintenance Previous procedures done like fillings or appliances given can be assessed. Dental procedures can wear out over time. This assessment will help the dentist decide if there is a need to redo the procedure before it causes any problem.

Treatment and prevention of other common dental problems Routine visit can help with prevention or even treatment of common dental conditions that are often ignored. These are usually indicators of further health complications to co…
Read more

3 things about toothache remedy you'll kick yourself for not knowing. 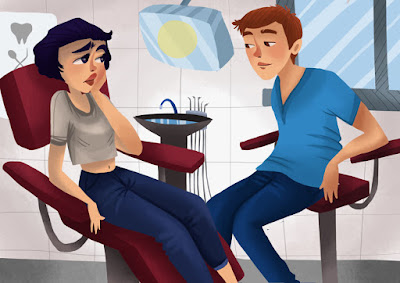 I remember when my mum had toothache which lasted days till she saw her dentist. She would not stop emphasising how childbirth was not as horrible. I have also heard this from several other people. Toothache is horrible, accompanied by a throbbing head, pulsating ear and eyes with sore mouth. Yes, it's that bad. Therefore, you should see your dentist as soon as possible.

There are few things you can do to achieve a short-term relief in the mean time.

Warm saline : Swishing warm saline mouth-rinse in the mouth has been proven to provide a soothing effect. Add a levelled-teaspoon of salt to about 16 ounces of warm water and VOILA! you are good to go. You can do this as many times as possible. There is no overdose but ensure that you are spitting out the warm saline and not swallowing it.

Over the counter (OTC) pain relief: The OTC analgesic that is usually given is acetaminophen (a.k.a paracetamol). Ibuprofen can also be given to adults. Ensure to use the right dosage. This will provid…
Read more

New HIV strain detected; is there a reason to worry? 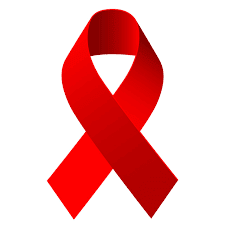 For the first time in almost twenty years, a new strain of HIV was discovered and this made several headlines The main concern is what this means for the virus.

So, what does this mean?


HIV has a multitude of different subtypes and, like other viruses, it changes (mutates) over time.This new strain is an important discovery, but it does not signify a new public health threat. It occurs rarely and can be effectively treated with existing anti-retrovirals.Because anti-retrovirals target characteristics of HIV that are common across all different subtypes, this new finding will not affect treatment and anti-retroviral agents will still be effective as long as drug resistant mutations have not occurred. The essence of the discovery is that it enhances scientists’ understanding of the complexity of the human immunodeficiency virus and its evolution and adds detail to the already comprehensive viral picture. Having a thorough understanding of HIV is crucial in ensuring that HIV tests are effect…
Read more